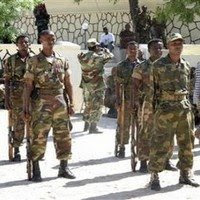 NEW YORK: The UN Security Council extended the mandate of AMISOM, the African Union mission struggling to contain the violence in Somalia, which has been wracked by fighting between warring factions for nearly two decades. The council approved resolution 1872 authorizing “member states of the African Union to maintain AMISOM until January 31, 2010.