The Truth In Libya...Who Is Lying?

Sylvia Eluhu, Proposition of Policy: War in the Democratic Republic of Congo 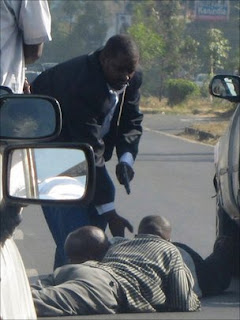 Kenyan authorities have suspended three policemen after a newspaper published a picture of an officer apparently shooting a man at point-blank range.

Three men are said to have been shot dead in the incident, which took place in central Nairobi.

The Daily Nation said the officers ordered the suspects out of a car, forced them to lie down and shot them.

The Kenyan police force has often been accused of carrying out extra-judicial killings.

The country's internal security minister said he had ordered the police chief to suspend the accused officers "with immediate effect" to allow a full investigation to tale place.

Read more from BBC News
Posted by AfrikaEye at 21:32:00 No comments: Links to this post 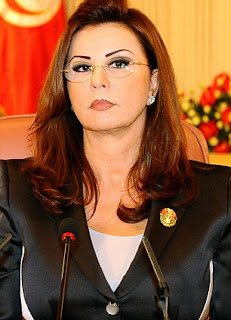 President Ben Ali's wife Leila: She was dubbed the Imelda Marcos of the Arab world;


Read more from source:
Posted by AfrikaEye at 21:27:00 No comments: Links to this post